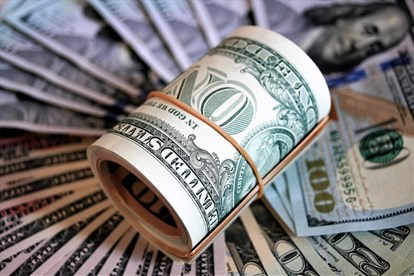 1. The Federal Reserve definitely will not raise rates.

Janet Yellen will not raise rates – that much is guaranteed. Going against the chorus of regional Bank presidents calling for a rate hike, Yellen remains dovish and is using every excuse to keep rates low. After last Friday’s disappointing jobs report, Yellen can easily silence the monetary hawks by pointing at the March’s disappointing jobs numbers.

Read more > The Federal Reserve Will Not Raise Rates in 2015

On a side note, there was nothing unexpected about this month’s disappointing employment data. Prior to the March report, Nonfarm payroll prints had gone 12 months without falling below 200k. This is highly unusual because from 2004 to 2007 and 2010 to 2013, the jobs data had dipped below 200k at least once every eight months. This abnormal 12 month stretch was broken because a dip below 200k was long overdue.

2. The Federal Reserve thinks that QE isn’t bad for the economy.

The Federal Reserve tapered QE 3 partially because it feared that too much quantitative easing would cause inflation, which would hurt the tepid economic recovery. However, inflation is hovering around 0% right now, so this concern is off the table.

The U.S. economy is not as hot as it was last year. Although we’re starting to see a slight uptick in April’s economic data (factory reports beat expectations), March’s economic data was negative. Retail sales, factory orders, and manufacturing all contracted.

Everyone knows that employment data lags other economic indicators, and this Friday’s disappointing jobs report reflects the U.S. economy’s bleak situation in Q1 2015. The Fed’s estimate of NAIRU (non-accelerating inflation rate of unemployment) is 5%. With the current unemployment rate at 5.5%, it doesn’t look like the job numbers will reach NAIRU any time soon. Thus, the Fed does not fear inflation, which means that QE is not an untouchable idea.

In addition, the strong U.S. dollar is hurting U.S. corporations that do business abroad. The strong USD is partially why analysts have lowered their Q1 2015 earnings estimates the most since Q1 2009. Quantitative easing will make the USD depreciate, which is a positive boost to U.S. corporate earnings.

Thanks to this 6 year bull market, investors and members of the Federal Reserve believe that quantitative easing is the only thing that works. People think that QE saved the U.S. stock market and economy, which is why we have the saying “don’t fight the Fed”.

3. The market is topping after many years without a big correction.

It’s been almost 4 years since the last big correction of mid-2011. The stock market has become totally disconnected with its bull market trendline (lower blue line in the following chart). The S&P 500 has accelerated its rate of ascent since late 2011, as you can see from the upper blue trendline since late 2011.

With the stock market insanely disconnected from its long term, 6 year trendline, a reversion to the mean is necessary. In the meantime the market has been forming a big topping pattern:

The market has gone sideways for 4 months since December 2014. Market tops are characteristically flat.
There is massive distribution going on in the markets.
U.S. economic data is weak and U.S. corporate earnings are falling rapidly due to the strong U.S. dollar.
The market went up with or without bullish news in 2014. The market has not been able to make new highs in 2015 without bullish news.

The market will probably make a new high during Q1 2015 earnings season and peak after the April 29 Federal Reserve meeting. Q1 earnings will be an easy beat because analysts have lowered their forecasts so much. In addition, investors expect the Federal Reserve to renew its commitment to a dovish monetary policy (aka postpone an interest rate hike).

If the market peaks right after the April 29 Federal Reserve meeting, it’ll be a classic “sell the good news”. The only reason that the U.S. stock market has not entered correction territory in March is because of the two looming bullish events in April (earnings season and Federal Reserve meeting). After all the good news has been released, there’ll be nothing left to push markets higher. Based on the market’s sideways price action over the past three months it’s clear that without bullish events, the market can’t go up. If the market cannot go up, it must go down: it cannot swing sideways forever.

4. When the market falls and fails to recover on its own, the Federal Reserve will step in.

With the market disconnected from its 6 year trendline, a mean reversion to 1750 (for the S&P 500) is in the cards. The market cannot deviate from its mean trendline forever and with the market making a massive flat top, this big correction will happen soon.