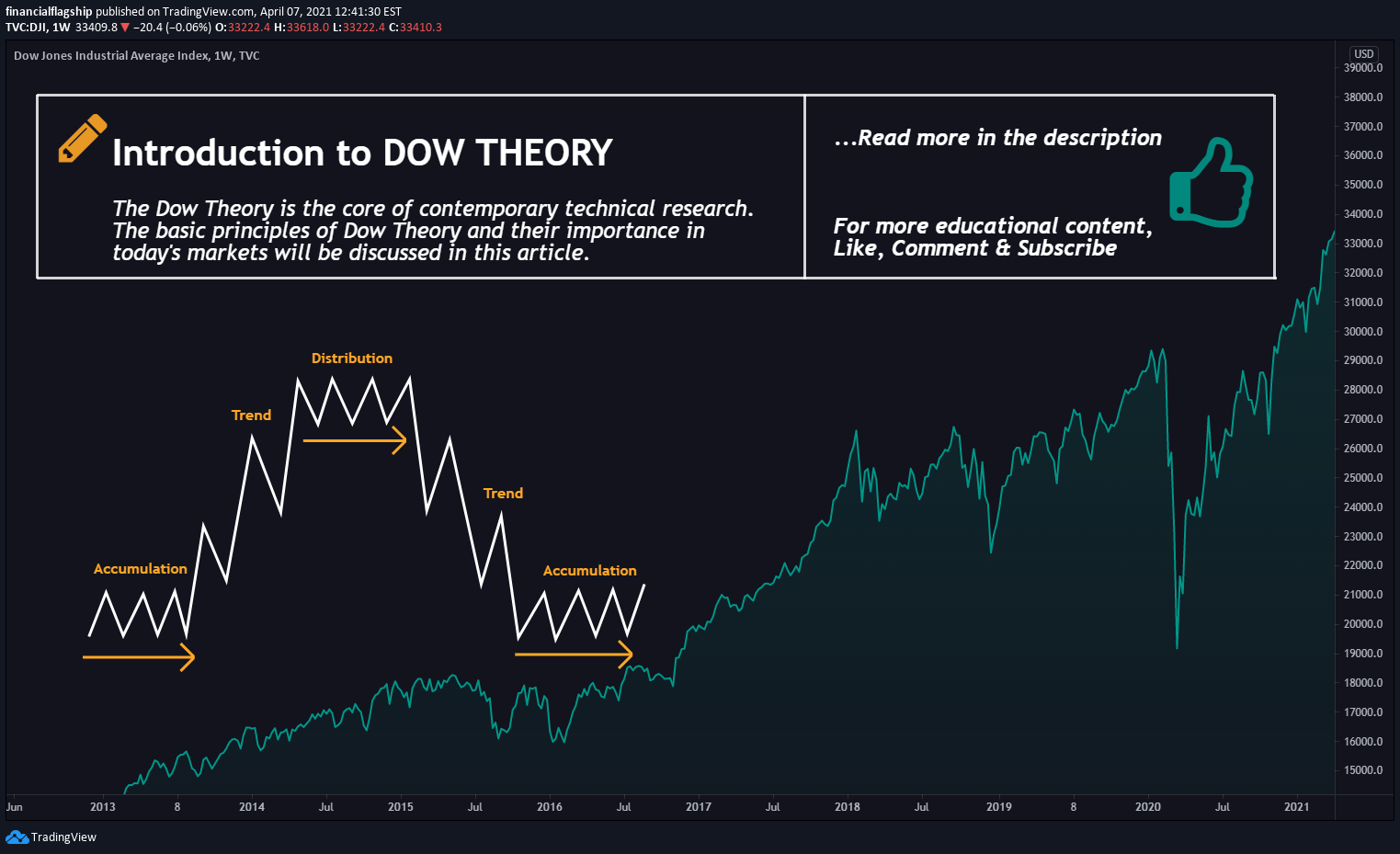 Charles Dow was the son of a farmer, born on November 5th, 1851, in Sterling, Connecticut. Regarded by many as a quiet, honest man, what Dow lacked in formal education he made up for in pure tenacity and determination to discover the truth. His strong will and knack for investigation led him to become a journalist at the age of 21 and eventually led him into the field of financial journalism. By the age of 29, Charles Dow found himself in the big city of New York writing daily financial columns. In 1889 Dow and his buddy Edward Jones started and published the first edition of the Wall Street Journal. By 1896 Dow had researched the most influential movers of the economy and devised an index to track the overall market. The first issue of the index was comprised of only 12 stocks, all stocks which were said to represent the industrial side of the country’s economic well being. Just a few short months later, Dow began to also publish a transportation index that initially consisted of 11 companies, 9 railroad and 2 non-railroad stocks. Even though these two indexes have grown to represent 50 companies (30 in the industrial average and 20 in the transportation average) and several companies have come and gone from the indexes, they are still in common use today and are considered by many to be extremely accurate gauges of the overall health of the economy. While these two indexes bearing the name “Dow Jones” are certainly the most widely recognized claim to fame for Charles Dow, some would argue they are not his greatest achievement.

It is fair to say Dow actually created one of the first technical indicators through the use of his index, a monumental contribution to the world of financial analysis in and of itself. But at the same time, Dow published in the Wall Street Journal a series of articles that outlined and documented his observations on the market, particularly as it related to the indexes. These writings would later become known as “Dow Theory” and would earn him the title as “The Father of Technical Analysis” in most circles. Charles Dow himself never referred to his writings as “Dow Theory.” That title was attributed to his work by William Peter Hamilton (Dow’s successor at the Journal). Through continued research and compilation, Hamilton codified Dow’s work and rightly credited it as “Dow Theory” in his book The Stock Market Barometer in 1922. Throughout most of the 20th century, Dow Theory was dismissed by many as irrelevant, mostly because of some incomplete studies performed by Alfred Cowles in 1937. However, in more recent years Dow’s principles surrounding how the market moves have been resurrected. With the advent of modern tools, traders have begun turning to technical analysis as a preferred method of analyzing stocks to the more traditional methods of fundamental analysis. In the process, the theories of Charles Dow have been brought to new light and newer studies have proven them to be incredibly accurate and a great insight into market behavior.

On the most basic level, Dow’s principles of market behavior can be summarized into six basic tenets. They are: • The price discounts everything. • The market has 3 trends. • Major trends have 3 phases. • The averages must confirm each other. • Volume must confirm the trend. • A trend is assumed to be in effect until it gives definite signals that it has reversed. These tenets form the basis for Dow Theory and can give both the trader and the investor great insight into likely future moves of a stock. This first tenet of Dow Theory is in many ways the most difficult to accept for many investors. This is because most beginning investors have learned at least some basic concepts of investing by following fundamental analysis. In the world of fundamental analysis an investor studies all the different fundamental factors of a company to determine if it is trading at a fair market value. These factors include such things as price/earnings ratios, company cash flow, dividend payments, etc. Most fundamental analysts also look at future projected growth through new product offerings, potential acquisitions, new competition, and other similar factors. For the fundamental analyst these factors form the basis of their investing decisions.

The goal of the fundamental analyst is to observe all of these various factors and determine what he/she believes the future value of the company will be worth. If the company’s current stock price is substantially below the projected value, then the company is worth investing in. The strategy of a fundamental investor is to buy a stock when it is trading at a good value and hold it while the stock rises with the company’s future performance. In and of itself there is nothing wrong with the theory of fundamental investing. But Charles Dow discovered many years ago that it does not take long for the fundamentals of a company to be observed by the majority of the people buying that company’s stock. This observation is the basis for the tenet that the price discounts everything. What Dow meant is simply this: All the fundamental data has already been factored into the purchase of a stock. Consequently the current price at which a stock is trading is not as much directly related to the fundamental value of the stock as much as it is related to the speculation of the traders as to the future value of the stock. When I teach this principle to my students, I often say the observation this way: There are only four days a year when the core fundamental data changes for a company — the four earnings days. Earnings are announced once a quarter, and on that day companies come out and make statements concerning overall company health and also give projections for the future earnings. But the price of a stock changes on a daily basis. If the fundamental data alone were to determine the price of the stock, then after the initial release of data investors would rush to re-price the stock at a fair market price in line with the company’s newly released fundamental data. Then the price of that stock would stay the same until the next earnings announcement, at which point the investors would again re-price the stock to the current fair market price. However, this is not what we see. What we see in the price of a stock is a very quick adjustment in price after earnings are released. Then every day between this adjustment and the next earnings release the price of the stock moves. For many stocks that move may be 40-60% or more of the value of the stock!

So my question is this: If the core fundamental data only changes four times a year, what causes the price to move the other 361 days a year? The answer is investor anticipation, generally through assumed (or speculative) circumstance. This is exactly what Charles Dow mean when he said the price discounts everything. The price, as it is reflected today, has already factored in to it the most recent changes in fundamental data. Thus, all price moves from here forward until the next release of fundamental data is not a reflection of core company value but of the speculation of the traders and investors who are expecting the price to be worth more (or less) in the future. As an investor this is solid information to know and understand. What it means to you is it may be useless to spend hours pouring over hard fundamental data. After all, there are high-paid analysts who do nothing but pour over that very data. In the words of one of my mentors, “What makes you so special that you are the first to see the opportunity?” That’s why it is beneficial to move beyond fundamental analysis and analyze a stock’s price behavior apart from the fundamentals alone.