How to Take Advantage of FXCM’s Restrictions 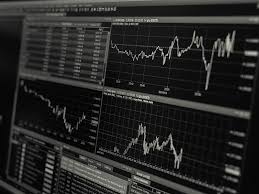 FXCM
has imposed several restrictions to prevent itself from loss. If a forex broker cannot make money it will not be in business and if it’s not in business it would not enable us to trade on the currency market.
Yes, I know, I know it’s horrible isn’t it. FXCM’s restrictions seem too restrictive. But… them’s the breaks. If you want to go elsewhere then by all means do so. No one is holding you back, and there are far better forex brokers than FXCM.
But let us start with what FXCM’s Restrictions are and see if we can work around them. Basically there are two major restrictions that have been imposed by FXCM that most other brokers do not have (hence the first reaction of most people who have now had their system deteriorate have simply just moved to another broker).

Restriction #1: Entry Stops
The first major restrictive rule is that FXCM will not enter you in at your entry stop price if the forex market never trades at your entry stop price. This mainly occurs around volatile announcements and throws into chaos forex traders who have a system designed around these volatile announcements. Would FXCM have entered them in their trades, if not which ones had been missed? As you can see it now brings in a huge question mark over your system’s results.
So is there anything that you can do to get around this issue?
What I’m about to share may not necessarily guarantee entry into your forex trades every time, but it will increase your chances of getting in. The solution to this problem is to ensure that you place your entry stop orders at round numbers, or at pivotal turning points in the past (even things like the day’s high).
Why?
If you have traded any other market (especially the stock market) you will notice that there are times when a stock will hit a nice round number, like $10.00 and will become “stuck” around this area. The reason for this is due to the fact that when people place their orders onto the market they generally just tell their broker to buy at $10.00, instead of $9.98, as it is easier and quicker.
The same thing occurs on the forex market. I have noticed that whenever a currency pair hits a round number that it might take a while before it moves on. This indicates that there are many transactions occurring round these numbers. The most common round numbers are numbers ending in 00, such as 1.2400. After that we have the next most common round number at 50, such as 1.2450. Then we have round numbers at the 10s, such as 1.2410, 1.2420, 1.2430, 1.2440 (etc). Then lastly we have the 5s, such as 1.2405, 1.2415, 1.2425 (etc).
To reiterate an earlier point again: this is not guarantee that you will actually enter into your desired entry point, but it will increase the chances of being hit. If you find that your entry stop point is close to a round number, rather than placing your entry stop at a non-round number, place it at the round number. Lastly, whenever possibly try, and place your order at a figure ending in 00 or 50.
Restriction #2: Major Announcements
The second major restrictive rule imposed by FXCM has to do with trading around announcement time. It has been stated that FXCM will not allow placement of entry orders around these times.
Unfortunately FXCM do not warn traders which announcement is major until the trader tries to place an entry order on.
Now there is no method that I know that can side-step this rule, however there is a resource that can let you see in advance when FXCM are likely to impose this restrictive rule.
What you need do is hop on over to Daily FX and click on the “Calendar” section (seen on the left hand side of the page). When this loads you will notice that some announcements are bolded. These announcements are ones that Daily FX have indicated as being announcements to watch as movement could occur during this time.
As a result FXCM is more than likely (not 100% on every highlighted announcement) to impose this restriction. I have found that around monetary policy announcements (where the central banks of a G7 country announces a change in their interest rates), and unemployment rate announcements are the two most important announcements where FXCM has been known to not allow entry orders 5 minutes prior to their announcement.
Having stated all that strangely enough FXCM has allowed entry orders around some major announcements. When FXCM was quizzed about this they stated that there was sufficient liquidity around the time of the announcement, ensuring that those who placed their entry orders on would indeed likely be filled.
So, maybe it could be an idea to place your entry stop orders 6 minutes prior to an announcement, but when you are in the “red zone” (5 minutes prior to a major announcement), try placing orders anyway (if your orders are not at your desired point) as you never know when liquidity may exist.
Conclusion
In summary then, FXCM’s restrictions can be a hindrance, but it could be a sign of further restrictions to come from other brokers. I know for a fact that other brokers will allow you to get in at your entry stop price, but they impose a slippage on the order – thereby not necessarily guaranteeing your exit stop price! So it’s a catch 22 situation: do you go with a broker that guarantee’s exit stops, but has restrictions, or do you go with another broker that doesn’t guarantee stops and allows you to trade without those restrictions, but imposes a slippage on your orders? Think it through wisely as sometimes we are talking as much as 30-50 pip slippage if you have stops of 10-15 pips with some brokers!