What are NIFTY and SENSEX? How are They Calculated?

HomeWhat are NIFTY and SENSEX? How are They Calculated?

If you have ever stayed in India, you’ve undoubtedly come across the terms ‘NIFTY and SENSEX’. While you may not fully comprehend the meanings or implications of these terms if you’re not well versed in brokerage and trade, it’s more than likely that you’ve heard or read them in some scenario or the other. The fact is, these terms are extremely important, and broadly define the state of the stock exchange in India, as well as the state of the national economy in general to a certain extent. Prior into delving into the meaning of NIFTY and SENSEX, it’s important to garner a basic understanding of how the stock market in India functions.

Where are NIFTY and SENSEX used?

There are two major stock exchanges in India, those being the National Stock Exchange (NSE) and the Bombay Stock Exchange (BSE). Officially, there are 23 stock exchanges in India, but these two are the largest and inarguably most significant, so it’s imperative that any beginner has at least a rudimentary understanding of the both of them. The NSE is the largest stock exchange in the nation, while the BSE is the oldest.  They are ranked 10th and 11th respectively, relative to the stock exchanges of the world. The BSE is located in ‘Dalal Street’ in Mumbai, and has a market cap of around $2.22 Trillion, whereas the NSE is located in the newer ‘Bandra Kurla Complex’ in Mumbai, and has a market cap of $2.27 Trillion. Keep both these stock exchanges in mind, as their significance will be clearer later in this article. 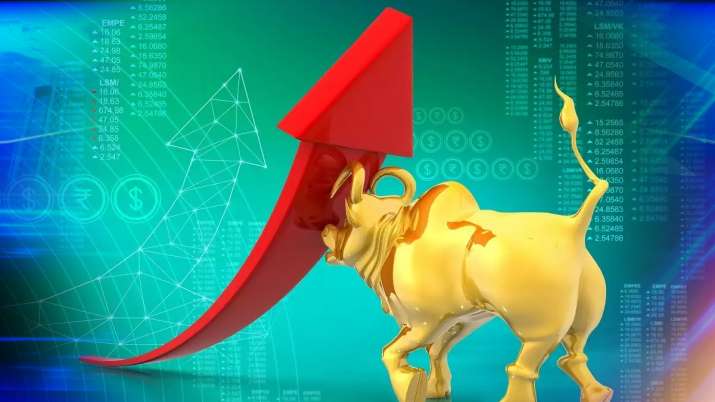 What are NIFTY and SENSEX? How are they calculated?

The official classification of
these words is ‘stock market index’. Essentially, they are defined as indicators
or measures of the state of the market at any given moment. Any given indicator
is established and initiated in the same way; a selection of stocks (defined by
the size and nature of the stock market they represent) are curated and
selected to represent the market, this is referred to as a ‘bucket’ of stocks. The
stocks chosen for a particular index can range from banks, to pharmaceutical
companies, and are chosen in a manner to represent a microcosm of that
particular stock exchange in general.

Both NIFTY 50 and SENSEX use the
‘free float’ method of calculating the value of the index at any given time.
Essentially, this methodology involves taking the cumulative value of all
‘floating’ shares, which are unowned shares, readily available for trade in the
market, and presenting them as a numerical value. Essentially, value of both
indexes are calculated by adding together the free float value of all companies
in the bucket (the average value of all unowned shares of the company) and
again multiplying it by the index multiplier, which ensures the number remains
comparable over time.

The name “NIFTY 50” is a shorthand
for ‘National Stock Exchange Fifty’. The NIFTY 50 is the largest index for the
National Stock Exchange (NSE) of India, and tends to reflect the general
performance of this market at any given time. As the name suggests, the NIFTY
50 has a bucket consisting of fifty companies listed on the NSE, spread out
over 13 distinct sectors of the economy. Upon its inception, the NIFTY 50 was
first calculated using the full market capitalization method of calculation,
however, as of 2009, NIFTY 50 is calculated using the ‘free float methodology’
of market capitalization mentioned above. Representing the largest stock market
in India, NIFTY 50 50 predictably happens to be the single largest financial
product in India.

What Companies are Used?

One of the major single day falls in the history of NIFTY 50 came around in January of 2008, when the US housing bubble burst. The NIFTY 50 fell 10% on the 21st of that month, just demonstrating the global impact of the catastrophic event. Conversely, one of the single day highs of the NIFTY 50 is quite a recent one, occurring on May 23rd, 2019, the day of the results for the Indian election, where NIFTY went up 2.5%.

The name “SENSEX” is a portmanteau
of the terms ‘Sensitive Index’ is the largest financial index for
the Bombay Stock Exchange (BSE). The Index’s bucket consists of 30 well
established companies listed on the BSE, and similarly to NIFTY, it uses the ‘free
float’ calculation of market value to establish its value. You’ll notice that
SENSEX’s bucket features many of the same companies as NIFTY, as both have
chosen some of the largest and most stable corporations in India. The base
value of SENSEX is 100, and was taken on April 1st, 1979.

What Companies are Used?

Much like the aforementioned NIFTY, the SENSEX also had one of its single day highs on May 23rd when the results for the Lok Sabha elections were announced, climbing to a high of 40124 points.

Hopefully this article has explained these basic indicators of the Indian stock market in enough detail for you to understand. Be sure to catch our article on how to open a DEMAT account and start trading here.